What the 100 Poem Challenge Was

On the 5th and 6th November 2011, I wrote 100 poems in 48 hours to raise money for EEC International, a charity who fund research into EEC Syndrome [a rare form of ectodermal dysplasia, a condition I have], especially relating to the eye sight problems associated with gene p63. It is likely that people who have EEC Syndrome will lose their sight. If a cure could be found for this then it would benefit thousands of people [not just those with EEC] worldwide.

All of the poems I wrote in those 48 hours can be found on this blog, just scroll down.

I also released a 200 copy limited edition print run of the poems. The 100 Poem Challenge poetry collection is sold out.


Details of the challenge itself can be found below, and also at http://www.indiegogo.com/100-poem-challenge 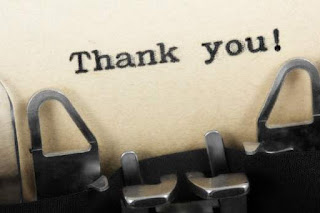 This morning I went to the bank and transferred the money raised from the 100 Poem Challenge to EEC International. The total raised was £4250 [which is €5100/$6800], and will go to the research centres looking for a cure for the degenerative eye disease associated with EEC Syndrome. Hurray!

So, THANK YOU so much to everyone who donated, bought a postcard or a pamphlet [or both!], and to those who tweeted about the project, and who sent encouraging messages during the weekend of the poetry writing itself. If you want to read the poems, they're still online over here.

Y'all are lovely. Thank you. xxxxxx
Posted by Jen Campbell at 06:29

I'm Jen, I'm 24 and I'm a published poet and short story writer. I've accepted a challenge to write 100 poems over one weekend [5th and 6th November 2011] to raise money for charity. I'll be posting the poems on this blog as I write them, plus videos updating you on my progress. Money raised will go to research centres looking for cures for degenerative eye conditions, and further research into EEC Syndrome: clefting, cell mutation, p63, plastics, dermatology, hearing problems etc. x

What is EEC Syndrome?
My initial blog post about this
EEC International
EEC Syndrome Awareness

read some of my published poetry